Childhood and Youth in Philadelphia 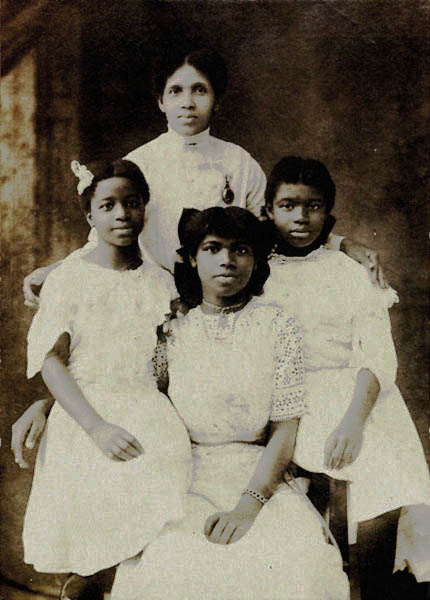 On February 27, 1897, Marian was the first of three children born to John and Anna Anderson in their South Philadelphia home. Her father was a teamster who worked in Reading Terminal Market. Following his death from work-related accident, Marian, her sisters (Alyse and Ethel), and their mother moved in with her grandmother, aunt, a host of cousins, and numerous boarders. The family moved several times, always within the same neighborhood. Anna Anderson worked as a laundress and, later, as a housekeeper for Wanamaker’s department store. As soon as Marian graduated from Stanton Elementary, she, too, began to work. She and Alyse helped their mother by delivering laundry, but Marian increasingly received money from her performing.

Her family belonged to Union Baptist Church, where Anderson was a valued member of the senior chorus. Anderson's strong contralto voice and three-octave range had brought her notice from at least age six. She was often chosen to sing solos during services. She was also a valued singer outside the church as a member of the People’s Chorus. Over the years, these and other organizations within the black community raised money to send Anderson to high school and to private music study. She studied at William Penn High School for three years before transferring to the South Philadelphia High School for Girls where she found more support for her singing and performing. Her first formal study of voice came at the age of seventeen with Mary Saunders Patterson, a former student of Emma Azalia Hackney. After a year and additional fundraising, Anderson was able to study with Agnes Reifsnyder, contralto. 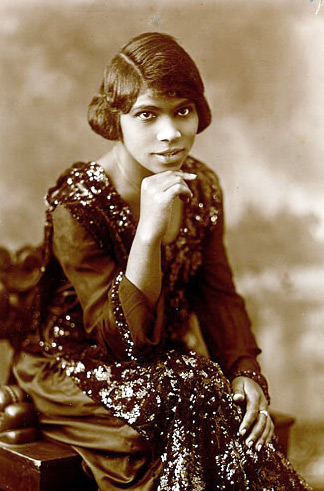 Her first appearance at the Philadelphia Academy of Music was on April 22, 1918. She also began to perform further afield, often with William King, her main accompanist at that time. A major break for Anderson came in 1924 when her then-voice teacher, Giuseppe Boghetti, entered her name into a contest sponsored by New York City’s Lewisohn Stadium and the National Music League. She was the sole vocalist chosen to perform in concert with the NY Philharmonic at Lewisohn Stadium that year.

Throughout her youth, Anderson was surrounded by excellent music-making, as Philadelphia was host not only to homegrown talent, but to national and international artists on tour. For example, she had multiple opportunities to hear and perform with tenor Roland Hayes. While her studies with Boghetti focused on Italian operatic repertoire and spirituals, Anderson’s admiration for Hayes’ singing and interpretation of European art songs awakened her desire to master this repertoire. She knew that in order to grow as an artist that she would have to study in Europe, and by 1928, she had saved enough money to make her first European voyage. She went to London to study with Raimund von Zur Mühlen, the foremost teacher of German lieder in England, and to concertize.

From Europe to the World

Anderson’s second European trip came in 1930 thanks to a grant from the Julius Rosenwald Foundation. She spent the year in Germany studying lieder and German, returning to Berlin in 1931, thanks to an additional grant from the Rosenwald Foundation. This became a major turning point for her, for in Berlin, the Swedish concert manager Helmer Enwall, Finnish pianist Kosti Vehanen and Norwegian concert promoter Rudolf Rasmussen went to hear her. So impressed were they, that they invited her to give a concert tour of the Scandanavian countries. Vehanen became and would remain Anderson’s accompanist until 1940. It was through him, in 1933, that she met composer Jan Sibelius, who became an ardent supporter. 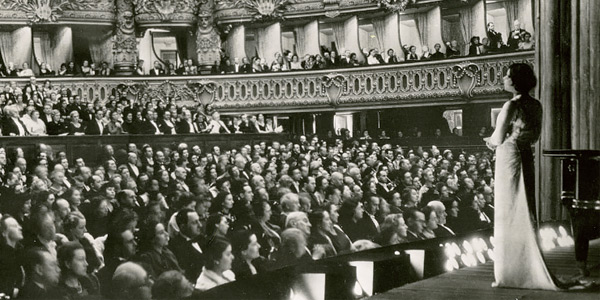 Anderson made her debut on the Paris stage in 1934. It was there that Sol Hurok first heard and went backstage afterward to meet her. The next day, he offered her a better contract than what she had with the Arthur Judson Agency, and she remained a Hurok artist for the rest of her career. With Hurok as her manager, Anderson’s tours expanded to encompass Eastern Europe and Russia. Her touring would eventually bring her to most of North and South America, and Asia.

On February 19, 1936, Anderson performed for the first time at the White House.  As an international artist, Hurok felt that her next public performance in DC should be in Constitution Hall, a venue suiting her stature. Anderson was denied this opportunity simply due to the color of her skin, and this incident set off a storm of protest against the Daughters of the American Revolution, owners of the venue. Thanks to the support of Eleanor Roosevelt, the NAACP, and others, this ultimately led to Anderson’s dramatic open-air concert at the Lincoln Memorial on Easter Sunday, April 9, 1939, which reached 75,000 listeners at the memorial, and many more via radio.

Anderson married Orpheus “King” Fisher on July 24, 1943. Between tours, they lived at “Marianna”, their farm near Danbury, CT. Anderson’s next big milestone came in January 1955 when she was invited by Rudolf Bing, general manager of New York City’s Metropolitan Opera, to sing the lead role of Ulirica in Verdi’s Un ballo in maschera. Anderson thus became the first African-American to sing a role with the Met, paving the way for future singers of color.

Retirement from the World Stage

Anderson was appointed an alternate delegate to the United Nations by President Eisenhower in 1958 and served for one year. She continued to perform, even after her Farewell Tour of 1964-1965, being a frequent narrator of Aaron Copland’s Lincoln Portrait. An active supporter of the arts, she was appointed to the National Council on the Arts by President Johnson in 1966. Honor upon honor came her way during retirement. Her archive contains over fifty honorary degrees, and she was presented with a Congressional Medal by President Carter on October 17, 1978. Orpheus Fisher passed away in March 1986, yet Anderson continued to live at “Marianna” until well into her nineties. She spent the last seven years of her life in Portland, OR with her nephew, conductor James DePriest and his wife Ginette.